Sam Gilliam, dead at 88, freed the painting from its usual form

James Butler, who died aged 90, was one of Britain’s greatest figurative sculptors. His lively and popular depictions of national and local heroes, from Richard III in Leicester to footballer Billy Wright in Wolverhampton, adorn many UK squares, streets and stadiums.

Butler rose to prominence in 1972, when he was elected a full Royal Academician, and received the first of several major international commissions, a twice life-size sculpture of Kenyan President Jomo Kenyatta to be placed at the center of Nairobi. Four decades later, in 2015, he produced a similarly large scale bronze of the Queen, which celebrated the 800th anniversary of the signing of Magna Carta, and was installed in Runnymede, Surrey.

In the years that followed, Butler used his talents to create a wide range of sculptural works in a variety of materials and techniques. These included a number of military memorials and the 50p coin produced in 2004 to commemorate Roger Bannister’s four-minute mile. He developed a more personal vein of expression sculpting children and ballet dancers, often inspired by his young daughters.

Butler was born in New Cross, south-east London, the second of three children to a longshoreman, Walter, and his wife, Rosina. He spent most of his childhood in West Malling, Kent, in a house built by his father which, after Walter’s death in 1942, was converted by his mother into a café.

Enjoying drawing from an early age, James received encouragement from his art teacher at Maidstone grammar school and at the age of 16 he went to Maidstone School of Arts and Crafts to study painting. . However, the preparatory course exposed him to many artistic practices, and he quickly became obsessed with sculpture, which he studied under Sydney Birnie Stewart, known as “Jock”.

When Stewart moved to St Martin’s School of Art, London, Butler was persuaded to join him and he continued his studies under Stewart and Walter Marsden, the head of sculpture. During his last term there, Butler met stone sculptor Gerald Giudici, who demonstrated to the students how to use a pointing machine to copy plaster into stone. Giudici invited Butler to work as an apprentice sculptor under him and his brother, Raimondo.

Once he had obtained both his National Diploma and two years of National Service – and married Daisy Gutteridge, in 1955 – he returned to work for Giudici as a full-time sculptor. He was involved in the carving of many architectural sculptures by William McMillan, Charles Wheeler and James Woodford, including the latter’s Queen’s Beasts, which stand outside the Palm House at Kew Gardens (1958).

While working for Giudici, Butler took evening classes with Bernard Sindall at the City and Guilds of London Art School. Sindall directed it to the work of Italian sculptors in the modeling tradition – notably Giacomo Manzù, Marino Marini and Medardo Rosso – and they proved influential in its development. The award of the Beckwith Fellowship allowed him to stay at the British School in Rome for about a month, and during his stay he closely examined the work of these Italian modelers and the ancient art that had inspired them.

In 1956 Butler won a scholarship to the Royal College of Art, but soon realized he lacked the freedom he had had at City and Guilds. Thus, in 1960, he returned there as a teacher, while asserting himself as a sculptor in his own right. His success was marked, in 1964, by his election as an associate of the Royal Academy, at the age of 32.

For a time Butler lived alongside other artists, first at the Abbey art centre, Barnet, then at the Digswell art trust, Welwyn Garden City, Hertfordshire. However, after his divorce and a brief second marriage to Janet Lowe, in 1966 he married Elizabeth Nassim (who now writes novels as Liza Cody) and settled in the village of Greenfield, Bedfordshire, where he lived and worked. in an old Victorian house. school.

At this stage of his career, he accepts all the jobs that are asked of him, as confirmed by the slogan printed on his T-shirt: “We never say no”. Thus, he created scenic sculptures for productions by the Royal Shakespeare Company in Stratford-upon-Avon, as well as waxworks for Madame Tussauds.

But once elected to the Royal Academy, Butler received increasingly distinguished sculptural commissions. These included the Freedom Fighters Monument, which stands outside Freedom House, in Lusaka, Zambia. In 1975, he gave up teaching to devote himself full-time to sculpture and, divorced for the third time, married Angie Berry the same year, who would become a journalist, author and co-founder of a travel agency. From 1982 they lived at Valley Farm, Radway, Warwickshire, the outbuildings of which provided both a large studio and a gallery of completed works.

In 1981 Butler was elected a Fellow of the Royal Society of British Sculptors. His Cippico Fountain, for Edinburgh’s Heriot-Watt University, was awarded the society’s Otto Beit Medal (1982); and his sculpture of Field Marshal Count Alexander of Tunis, for Wellington Barracks, London, was awarded the Society’s Silver Medal in 1985. His memorial to the Green Howards was placed at Crépon, near the site of the Normandy landings, in 1996; and the Fleet Air Arm Memorial was installed in Victoria Embankment Gardens, London in 2000. Working equally successfully on a small scale, he designed a new Royal Seal of the Kingdom (2001), based on seances of the Queen , which was the first of several projects he undertook for the Royal Mint.

He was appointed MBE in 2009, and in 2020 he was made Chevalier de l’Ordre des Arts et des Lettres. He became a Senior Royal Academician in 2006, but, in his later years, came to believe that “the Royal Academy isn’t really about figurative sculptors anymore.” In 2015, my gallery, in St James’s, London, started representing him.

His last major works include the Rainbow Division Memorial, placed on the site of the Battle of the Red Cross Farm, Picardy, France (2011), and even at the age of 90 he still had the strength, the concentration and imagination to work on a large scale. 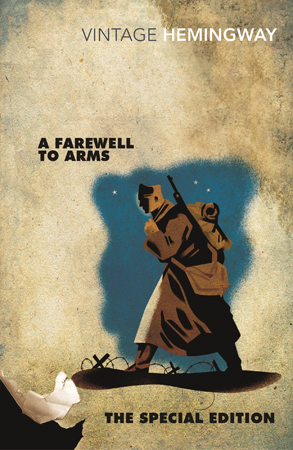 Modernism as an agent of change in literature 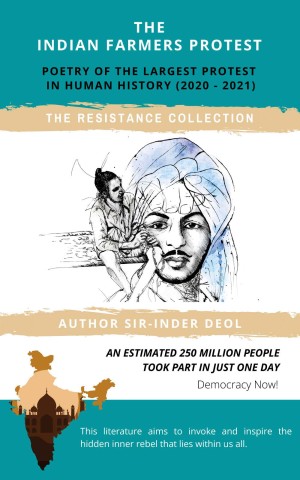